A downloadable game for Windows

PLEASE NOTE : Dead of night is being re-vamped! Check out the demo at :

And now for the original...

CHECK OUT THE PROTOTYPE / ALPHA PAGE FOR OLDER VERSIONS AND DEVELOPMENT INFORMATION https://blowfelt.itch.io/dead-of-night-prototypes

Dead of Night is a 2D flipscreen adventure game inspired by such 8-bit classics as Spike in Transylvania, Bride of Frankenstein, Werewolves of London and the Dizzy series.

The object of the game is to solve puzzles in order to retrieve Vlads stolen possessions and bring them back to the castle, and also by avoiding enemies such as Police men, rats and drips of toxic goo.

At certain points during the night you may run into some people. These people can be eaten to increase health and mana (and may also drop an item!).

People will run at the very sight of you, and the police will quickly run and try to beat you to death. Pressing the Transform key will change you to Human form and will stop you from being detected!

Dead of Night also uses a day/night cycle (of sorts!). As Vlad is a vampire, he can only stay out at night, and as such must either retreat to his castle or find some other way to evade the sun.

The Demo is a BETA version.  A lot has been reworked in the final version but the demo will give you an idea of what the game is about.  Feel free to download and try it out!

- Two Story Mode Quests - with their own items, characters and settings

- Over 165 Uniquie Rooms to Explore

Questions? Comments? Suggestions? Feel free to leave them at the bottom of the page!

In order to download this game you must purchase it at or above the minimum price of $1.99 USD. You will get access to the following files: 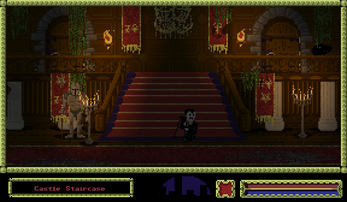 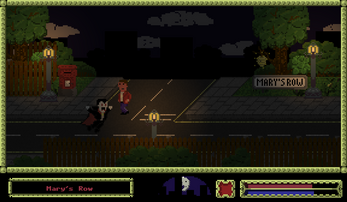 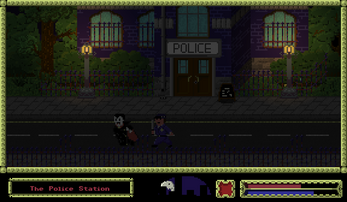 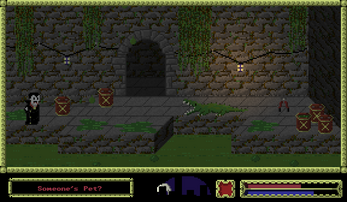